Home > Resources > The Criminalisation of HIV Transmission in Australia: Legality, Morality and Reality 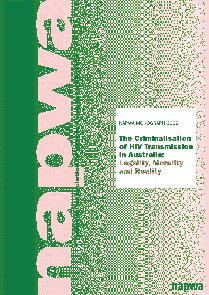