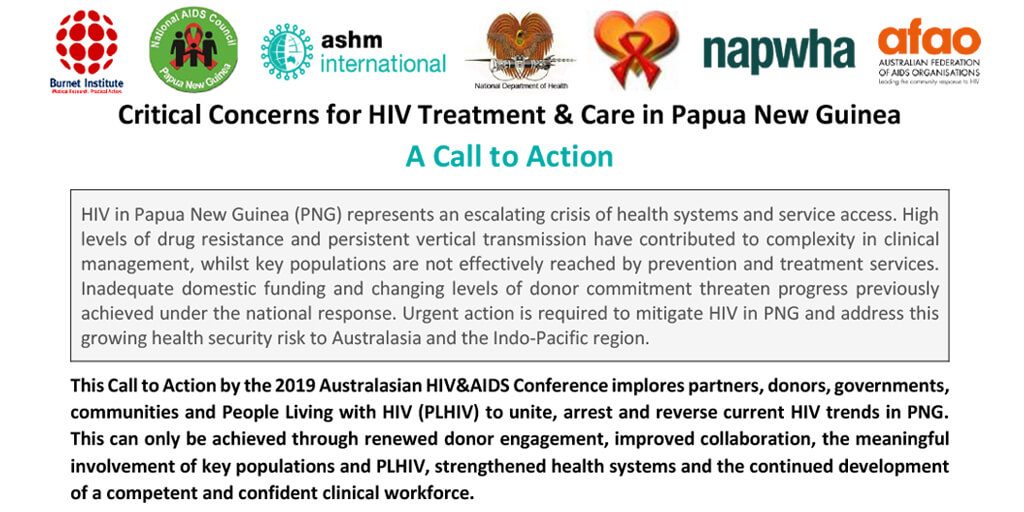 NAPWHA has joined key stakeholders in the HIV response in urging donors, governments, communities and people living with HIV to redouble their efforts to address the HIV ‘crisis’ in Papua New Guinea (PNG).

Through the Collaboration for Health in Papua New Guinea (CHPNG), NAPWHA was able to plan work in PNG in a more structured way with project activities which aimed to build the local capacity of the people of PNG in their response to HIV.

“NAPWHA are committed to working on supporting our communities in PNG and Igat Hope for as long as is required,” said Dr John Rule, NAPWHA Senior Research Manager.

The signatories make a number of key recommendations including:

“Now is a time for increased focus, attention and resourcing to help our communities in PNG to get on top of these priority actions,” Dr Rule said.