NAPWHA is elated that twenty years of advocacy has had such a positive outcome. We welcome this initiative which will close a gap in our response to HIV. We thank the Minister for Health for his vision and commitment to ending HIV transmissions in Australia.

As I type, media alerts announcing Minister Hunt’s intentions to retire at the next election have begun to appear, and perhaps we can thank, at least in part, the Minister’s intention to leave a legacy for the decision to fund ARV access for PLHIV who are ineligible for Medicare. Either way, it was at times an intense 12 months as we waited on a funding commitment to match the Minister’s announcement last year that he would seek to fix the Medicare ineligible issue … but then we found it had been left it out of the annual budget that followed!

Thanks are due to all those who kept this issue on the agenda and worked towards this outcome over a staggering two decades. We thank the Minister for his vision and commitment.

National Peaks and Other Funding

Along with the Minister’s announcement of $39 million over five years to address access to ARVs for people without a Medicare card, the World AIDS Day commitments this year also contained additional funding for NAPWHA and the other Peak organisations. $11 million dollars shared across the peaks will deliver long-term capacity to deliver activity work for the next four years.

Whilst not the exciting and longstanding issue that is Medicare ineligibles, extended activity contracts with the Commonwealth will deliver long-term stability and should not be seen as any less of a win!

Our relationships with pharmaceutical companies have never been stronger. Generous grant funding from our industry partners combined with our contracts with the Commonwealth government will help us leverage significantly better value from each dollar. When compared with 2016 at least, our Association will enter 2022 in an impressive position to bring together vision, strategy, expertise and capacity with financial strength and security.

It takes dollars to do what NAPWHA does, and long-term challenges to our ability to properly resource the HIV response remain. But NAPWHA is healthy, and 2022 – our 41st year living with HIV – is gearing up to be one of our best ever.

Sincerest thanks to Sarah Feagan and NAPWHA’s staff for delivering another successful Annual General Meeting and Member’s Forum in late November – hopefully our last fully ‘virtual’ event for the time being.

Those with access to my Facebook feed will have seen a personal update recently with all the gory details which I won’t rehash here, but it is a fundamental role of a Vice President to be ready to step-up to ensure the seamless governance of an organisation when a President is unable. Sarah has proven herself immensely capable – not a surprise to anybody – in stepping up when I fell. She’s done a superb job as Acting President for the last month and a half. Thank you!

I am honoured to have been returned for a second term as President of NAPWHA as a result of the Board elections held this year. I am also thrilled that Danny Ryding has been appointed to the Secretary/Treasurer role. We warmly welcome Simon O’Connor (who re-joins the board) and, the Sydney-based Justin Xiao (who joins us for the first time).

Unfortunately, Michael Brown, who has made such a valued contribution to NAPWHA governance in the last two years, has commenced a new job in North Queensland. We completely understand Michael’s decision to focus all of his efforts on his new role in Indigenous sexual health, and we wish him every success.

Thank you also to Chris Howard who has served as NAPWHA Secretary/Treasurer for the past two years. In the end, an enormous existing workload and pressure to commit more time to NAPWHA clashed for Chris, as inevitably they do. Chris made the difficult decision to relieve some of the pressure by moving on from NAPWHA. Chris’ input to NAPWHA will continue through the Operational Leadership Group, of course, but his steady hand and experience will be sorely missed at Board level. Thank you, Chris.

The ‘Stuff’ To Come!

At NAPWHA, we’ve a Strategic Plan to finalise, Rules to review, a MIPA/GIPA Audit of our own Association to implement, new national networks to establish, and better governance processes to develop – and that’s not the half of it!

NAPWHA’s Newtown office will be closed from 5pm on Friday the 17th December 2021 to 9am on Monday the 10th January 2022; while our staff take time for rest, recovery, self-care and reinvigoration. 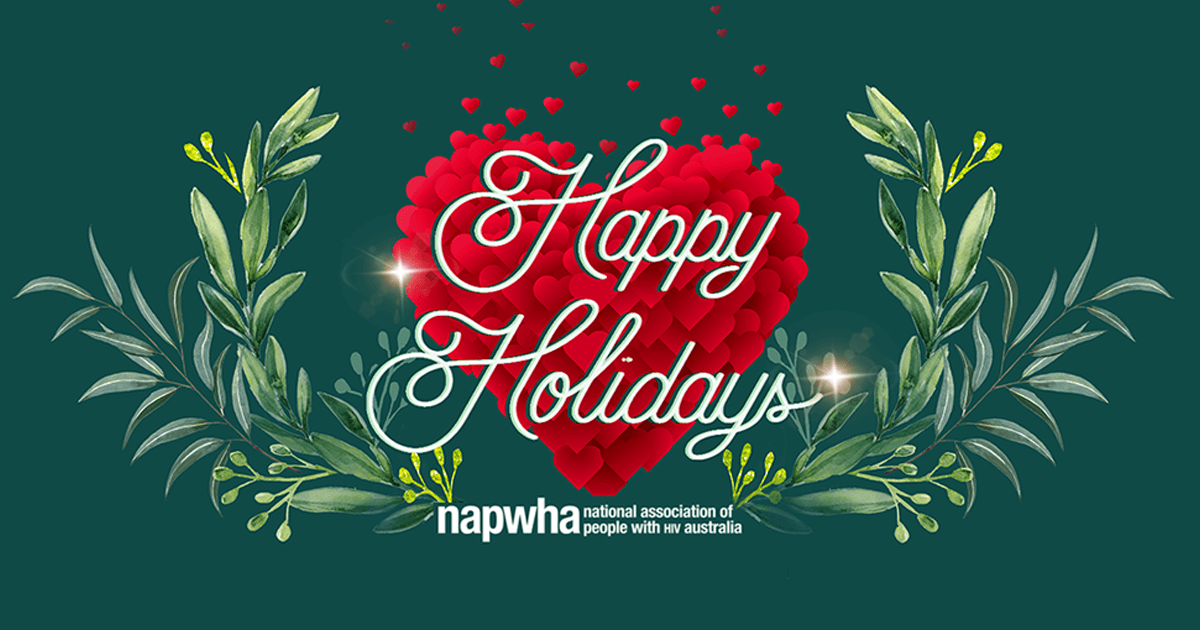 Sarah will continue as Acting President of NAPWHA for the remainder of 2021, then she too will take a well-earned break.

What my recent experience has taught me is that I didn’t have as much in reserve as I thought I had – and I suggest that’s probably the case for most of us! Whether in Melbourne (the most locked-down city on the planet), Sydney, rural Northern NSW or elsewhere in Australia, COVID19 has impacted us all in pervasive ways gnawed at our resilience and diminished our reserves.

Friends, enjoy your break – live it up, live it down, live it whatever way it takes to refresh and recharge.

And, we’ll see you next year. 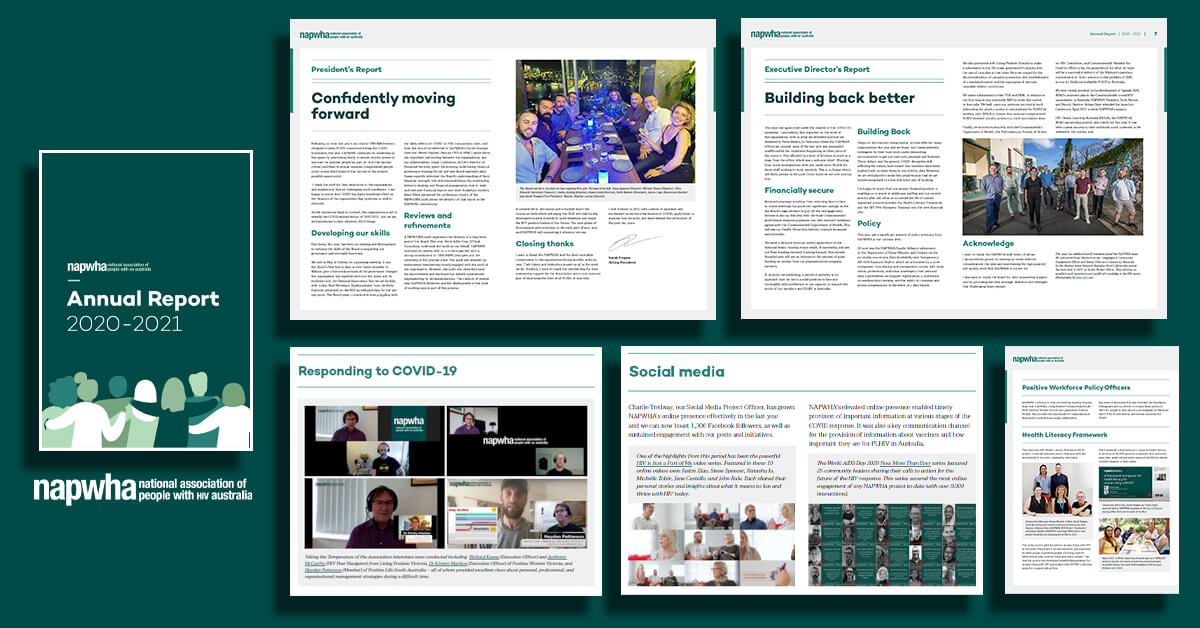 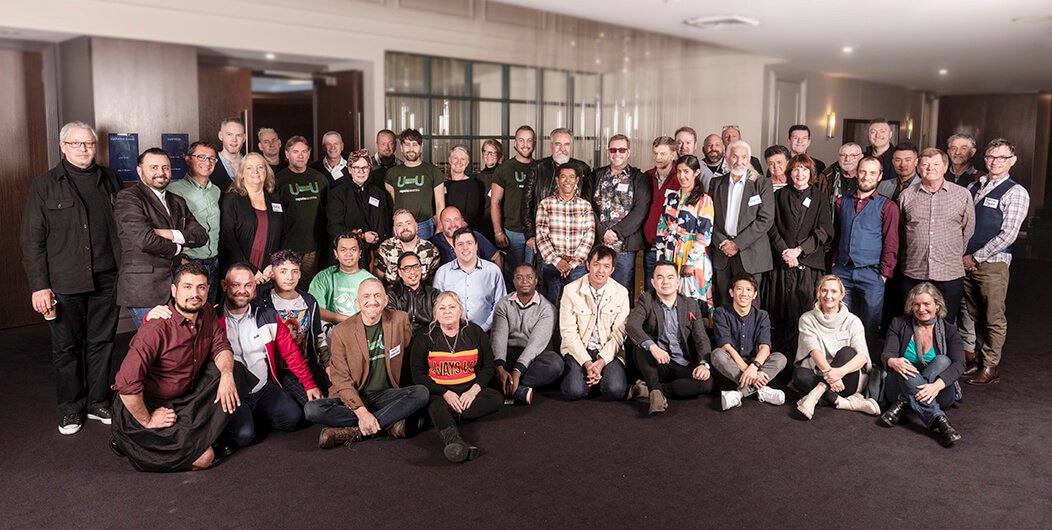 In June 2022, the NAPWHA national forum of its membership met together in a two-day event in a hybrid face-to-face and live video streaming event. It was the first face-to-face event to happen since the COVID-19 lockdowns commenced in 2020. The event brought together our NAPWHA members, NAPWHA networks, NAPWHA Board and Staff and featured speakers. The first day on Friday showcased the Health Literacy Framework project and the Finding Joy congress, supported by ViiV Healthcare Australia. Below are some of the forum’s agenda items and some of the presentations expanded. 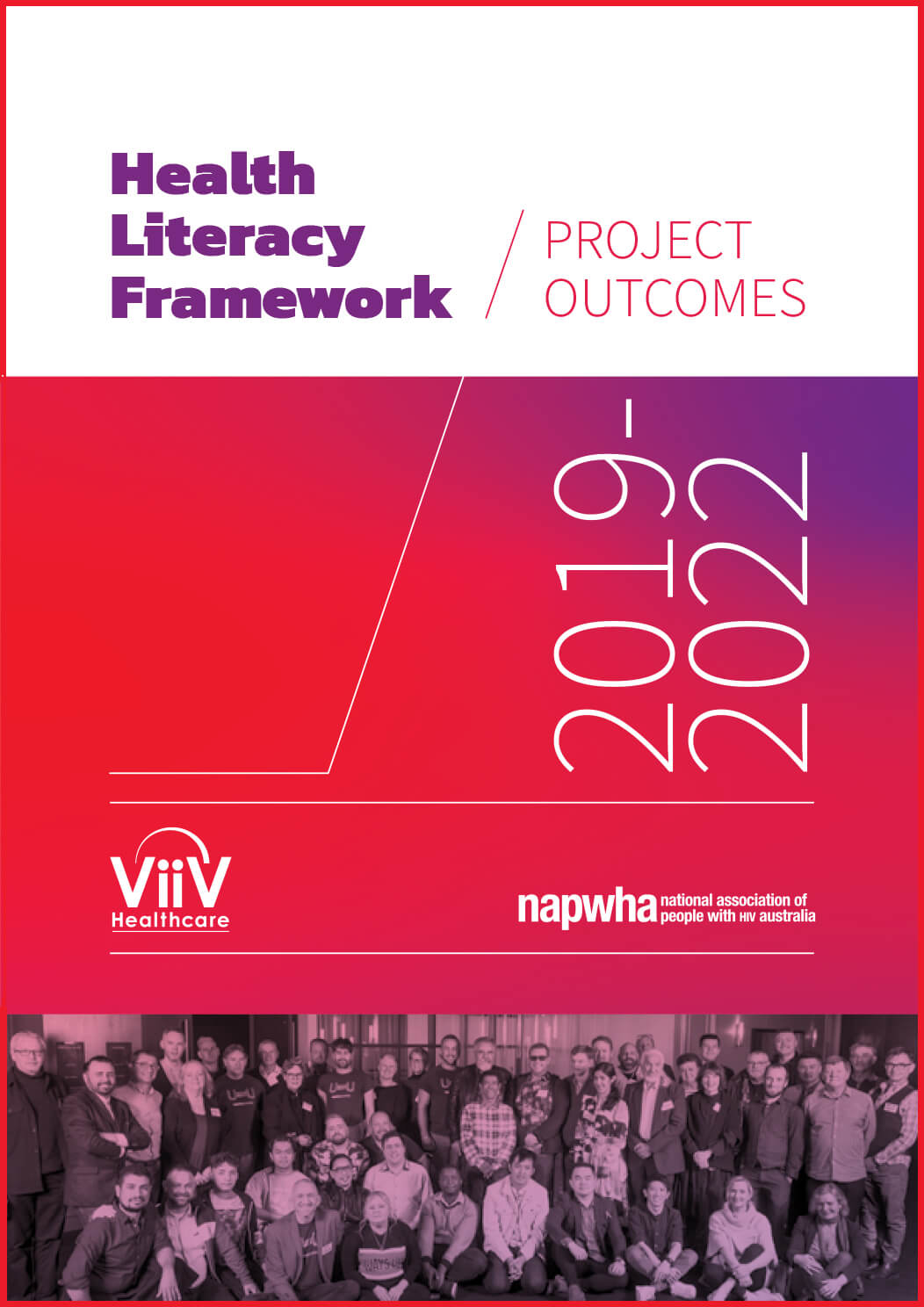 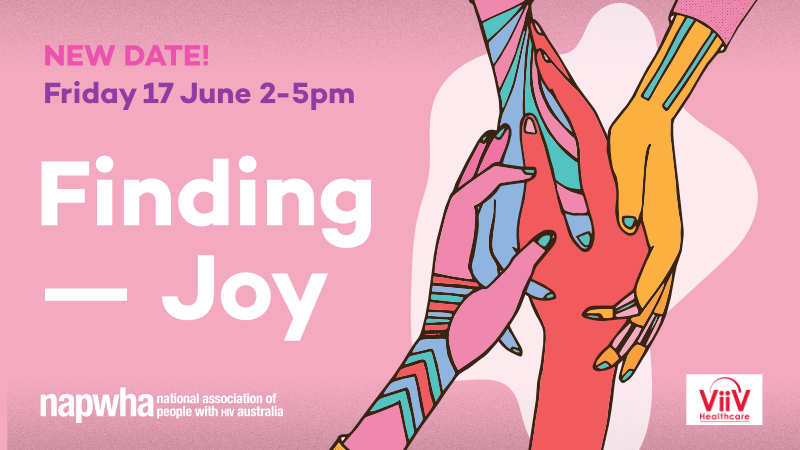 State of the Association: ED Report

Brett Clifton (NAPWHA Deputy Director) presented on the State of the Association, including:

Download the 'State of the Association' presentation slides [PDF]

Members of the InterInsurance Group (a network of LGBTIQA+ and professional allies from Australia’s largest insurers) presented on insurance and HIV.