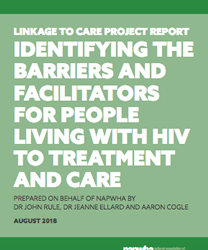 The linkage to care Project aims to better understand the psychosocial and service related factors that influence engagement in the HIV continuum of care by people with diagnosed HIV. 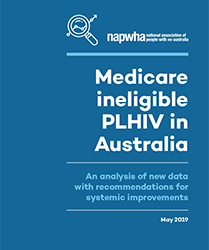 This NAPWHA report is an analysis drawing together several years’ worth of data from the main pharmaceutical industry suppliers of compassionate access antiretroviral (ARV) therapy in Australia and combines this with, for the first time, data from the State and Territory jurisdictions to produce the most accurate estimate to-date of the number of Medicare ineligible PLHIV in Australia. It comes with recommendations for systemic improvements. 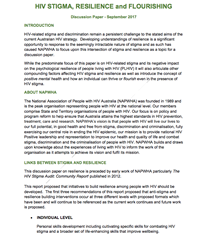 This discussion paper promotes a whole-of-sector approach to support PLHIV in their capacity to build resilience alongside a comprehensive effort to address HIV related stigma. It was a precursor to the NAPWHA Stigma and Resilience Framework resource published in... 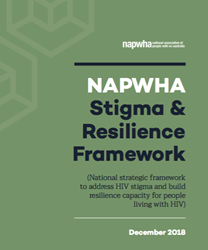 This NAPWHA national strategic framework to address HIV stigma and build resilience capacity for people living with HIV is not a guideline, or a policy document. The information is intended for people to draw on in their work in a way that will encourage them to think about the building of resilience among people living with HIV as a legitimate goal of peer-led and other health and support services. 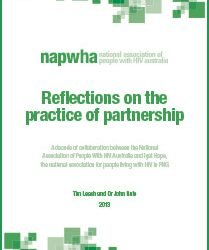 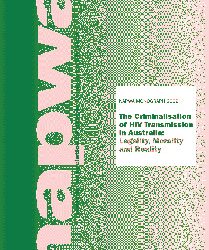 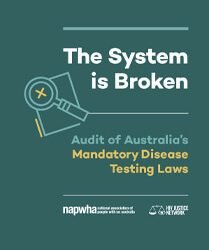