U=U in a sero-discordant relationship

"Serodiscordant (or sero-different) relationships are very rarely shown in popular culture, so there’s not really much to compare our own experiences with." Sydney-based HIV and bi+ community advocate, Steve Spencer, explores what modern HIV relationships in the era of U=U. 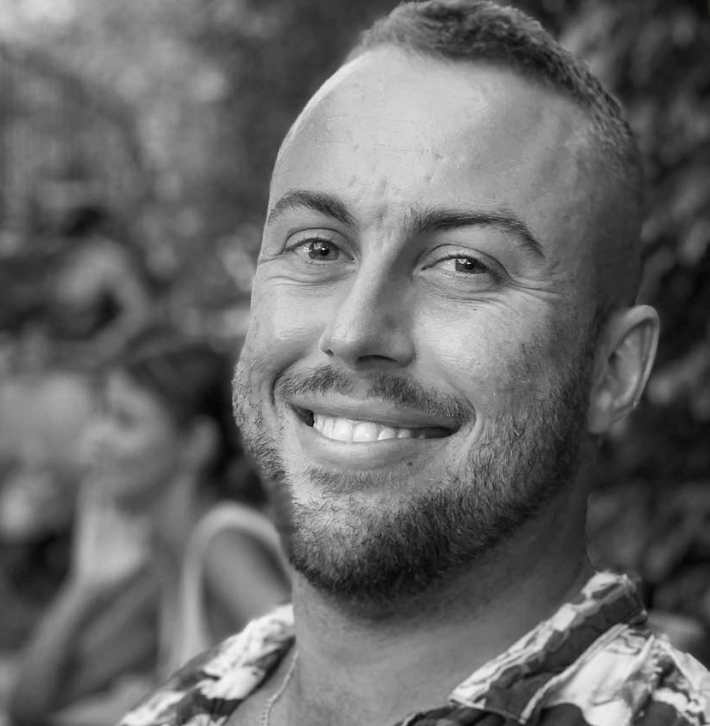 Steve Spencer
Steve Spencer is a Sydney-based HIV and bi+ community advocate, NAPWHA board member, and co-founder of community advocacy and access group PrEPaccessNOW (PAN). Steve has the lived experience of having been a long-term HIV PrEP (pre-exposure prophylaxis) user, who has now been living with HIV for two years. He seeks to use these dual experiences to inform better culture, policy, and information in the rapidly changing era of modern HIV prevention and treatment.

Being a recently diagnosed person living with HIV (PLHIV) is like living in a weird place of limbo. You still remember vividly what it was like ‘before,’ and you are still learning what it’s like in your new normal. There are moments that carry you a couple of steps forward in your understanding and there are moments that take you back.

I constantly look, with great admiration, at my peers who have been living with HIV for far longer than I have. It is the shared experiences that make us strong. This is where the resilience of HIV positive people comes from.

We have entered a completely different era of HIV prevention with the proliferation of undetectable equals untransmittable (U=U) and the wildly successful uptake of pre-exposure prophylaxis (PrEP). However, with such huge changes we need to understand their true impacts on communities.

These changes are not uniform across the population. U=U and PrEP largely impact the queer male community – which has historically been most impacted by HIV. U=U is different for women and other communities and this is important to also analyse.

U=U has helped to build a movement for HIV positive people. It has given me the strength and confidence to walk this world as a person living with HIV without fear. Similarly, PrEP helps HIV negative people live without fear. But, herein lies the difference – only one of these groups is highly stigmatised.

In late-2020, The Australasian Society for HIV, Viral Hepatitis and Sexual Health Medicine (ASHM) affirmed the importance of maintaining an undetectable viral load in their new guidance for healthcare professionals. In health terms, it is undeniable – we remain healthy and cannot pass the virus on sexually.

In my short time living with HIV I have encountered stigma and discrimination in healthcare settings. So, these clinical guidelines will help us take further leaps forward in this country.

But how effective has U=U been in combatting stigma within the community? We cannot end HIV without ending HIV stigma, and we cannot combat that stigma unless we understand how it changes over time.

From the top-down we are seeing strides being taken by our peak bodies and medical organisations to advocate the U=U message. We also have grassroots movements and communities leading the way. However, effective advocacy starts with the individual’s embodiment of the idea, and the belief that personal actions can be revolutionary.

So this leads me to ask, what does it mean to embody U=U?

By exploring how my HIV status exists in my relationship with my HIV negative partner, I have come to learn more about myself not just a healthy and happy person living with HIV, but as a person capable and deserving of love. In the almost two years since my diagnosis there have been many personal milestones.

I still get a tingly feeling when I think back to first seeing my partner at a local bar. He was handsome. He had a gorgeous smile. He was brave enough to come over and introduce himself. Early on, I chose to disclose my HIV status; he had a very nonchalant response, which was comforting. What started as just casual sex, blossomed into something a little more serious. But I still had my guard up. 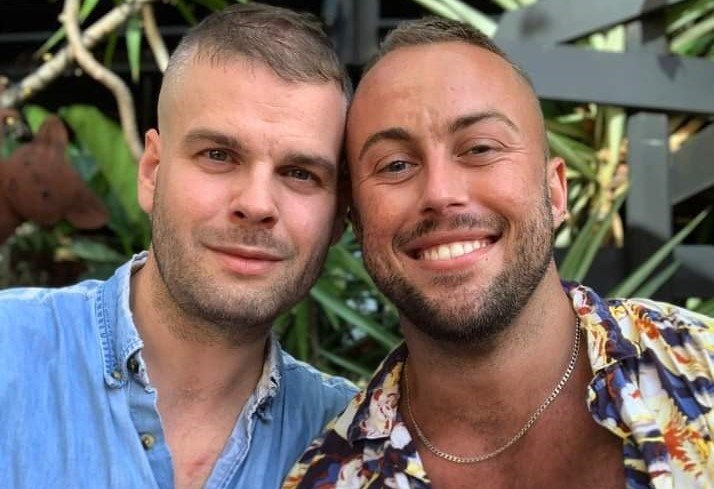 He knew I was undetectable. I knew he was on PrEP. We were good to go. I felt so lucky to have met someone who treated my HIV as a non-issue but at the exact same time acknowledged how important it was to me and how large a part it played in my life, especially being in the first few months after my HIV diagnosis. He was full of compassion and defended me fiercely when I encountered very intense bullying after my public disclosure, and we were falling in love.

Fast-forward a few months into our relationship and the time came for him to renew his PrEP prescription. Without batting an eyelid he said he was going to stop taking PrEP because I’m undetectable, and being monogamous he had no reason to stay on the medication, but only if it was okay with me.

Why would an HIV -negative person ask their HIV-positive partner for consent to go off PrEP?

The message behind PrEP is one of individual empowerment and personal freedom, so it should be his decision to make and not mine, right? Well, the science is very clear. The latest ASHM guidelines state that PrEP use is unnecessary when the partner is undetectable. This confirms what HIV positive people have always thought, and we are seeing HIV negative people begin to understand this as well.

I asked him why my opinion on his PrEP use mattered. He acknowledged the burden that HIV positive people carry to stop the spread of HIV, and that it shouldn’t just be up to me if I didn’t want it to be. I was amazed – here was this HIV negative guy who had never been with an HIV positive person before me, but he had quietly been educating himself about what PLHIV go through. And importantly he educated himself on the effectiveness of U=U and he wasn’t dogmatic about PrEP. He knew that U=U was all we needed, so it was a no-brainer.

This conversation was the moment where I truly felt like I was able to embody U=U with my partner. That after the tumultuous early months post-diagnosis I was not a threat and that we were actively participating in the most effective HIV preventative; it’s not condoms, it’s not PrEP, it is U=U.

To be trusted in this way flipped my own HIV status quo and showed me that the juncture where PrEP and U=U meet can be empowering for PLHIV, something I wasn’t sure was possible after many problematic experiences with PrEP users.

Serodiscordant (or sero-different) relationships are very rarely shown in popular culture, so there’s not really much to compare your own experiences with. I have found it is really important to connect with HIV peers to talk about relationships so I spoke with local HIV advocate and living legend, Sarah, about her experiences in different types of relationships. 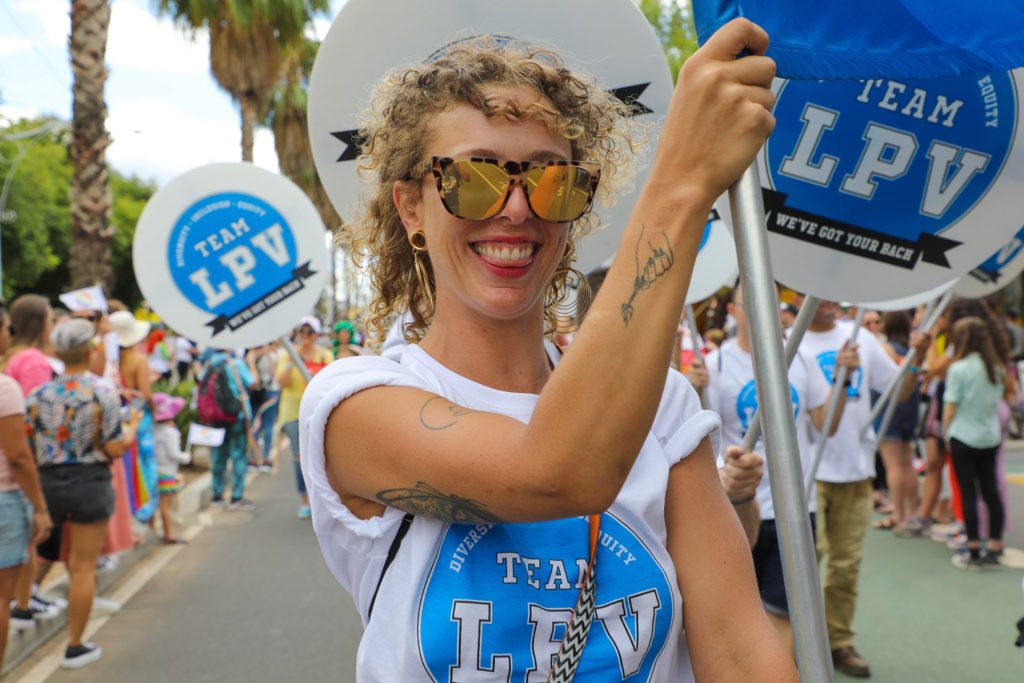 As an HIV positive queer woman, I have experienced highs and lows of telling people about my HIV status across genders and sexualities. I was diagnosed in 2008, pre-U=U, but sadly I haven’t seen a huge shift in the broader community’s understanding of HIV transmission. Personally, U=U has lifted my own internalised fears of transmitting the virus, giving me the freedom to enjoy sex, tell people my status (if I choose to) with more confidence than I ever had before.

“He is a heterosexual man. We always used condoms and it was explicitly clear that it was just sex. So, I didn’t think it would be appropriate to tell him about my private life, health, any of it. It was purely physical, and by the law in Victoria I was taking reasonable precautions to protect him. There was zero risk of transmission. Anyway, I get a call at three in the morning, a booty call I thought, so I let him in and jump into bed, ready for some play and he loses it! He starts screaming at me, what a b*tch I am, saying that he has kids! How could I do this to him…then he stated saying I forced him to have sex with me, I made him go down on me! I was freaked! I tried to explain to him I would never put anyone at risk and what we did was safe… so I sent him U=U information. A few months later we ran into each other, we sat and talked about what happened and he understands now. But his reaction was of total fear! And it scared me.”

“Going back three months ago, I met this amazing woman who is in a polyamorous relationship. We would go for walks during Melbourne’s lockdown and it was an instant connection. I mentioned to her that I worked in the HIV sector – a good way to suss her out. She came straight out saying there is no way she would date someone with HIV. I instantly said, ‘well I am HIV-positive’. Then a literal storm blew in — tree branches falling, the park we were sitting in turned as fast as our budding relationship. So, we split up running to our homes with HIV lingering in the air.”

“A couple of weeks later I get a message to catch up. We are back in the park, much calmer now, and I ask her if she has changed her mind about dating a HIV+ person. She sealed that answer with a kiss and we are still dating now. She chose to educate herself. She checked in with her other partners, who now are also educated. She chose to see me, be an ally and look past the invisible barrier of HIV.”

Sarah’s experiences illuminate how different parts of the positive community face different challenges, but we can all find similarity and solidarity with each other. HIV stigma does a disservice to both HIV-negative people and HIV-positive people. It stains the whole community but the pain is inflicted on people living with HIV.

We shouldn’t be surprised that HIV negative people are self-limiting in their embrace of U=U. If HIV treatment and prevention are siloed, we will see this within our community. As long as entire sections of the population aren’t targeted by HIV education we will encounter ignorance.

The whole community shouldn’t simply be embracing U=U, they should be embodying it, too. I’m not just talking about going out there and having sex with HIV-positive people — that’s only a small part of what it means. I mean go out there and love HIV positive people, be our allies, educate your families and friends about what it means to live with HIV in the 21st Century.

I’m not asking anyone to do anything they are uncomfortable with, but I am asking people to challenge their own HIV status quo and challenge the preconceptions and stigmas they may have.

I have come to learn that as a person living with HIV with an undetectable viral load, I embody U=U every single day. I have also learnt through hearing other peoples’ stories and through my own relationship that everyone has their own important journey with the empowerment that U=U brings. Radical acts like having sex with my HIV negative partner and not wearing a condom and him not taking PrEP are really just simple expressions of love.

Just as they should be and just as the science says.

Video: See Steve Spencer sharing his story in the HIV is: Just a Part of Me campaign 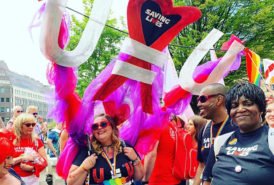 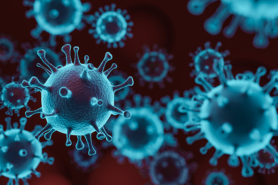