Home > About > About us > Femfatales 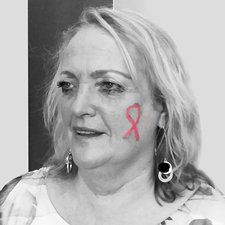 Kath has been the Chair of the NAPWHA National Network of Women Living with HIV since 2002, and is the current President of Positive Life South Australia (PLSA).  She was previously the women’s HIV peer support worker at Women’s Health State-wide auspiced under the Women’s and Children’s Hospital Adelaide for over 17 years, and prior to that worked as a professionally trained child worker holding a Bachelor of Social Science in Childcare. Kath has been living with HIV since 1987 and has held a range of voluntary positions over the past 25 years in various community-based non-governmental organisations (NGOs) in the HIV sector including NAPWHA, the HIV Women’s Project SA, PLSA, AIDS Council of SA, and the World AIDS Day/AAW National Reference Committee. Additionally, Kath sits on the Australasian Society for HIV, Viral Hepatitis and Sexual Health Medicine (ASHM) Subcommittee on HIV, Women & Breastfeeding to review the Australian guidelines around HIV and breastfeeding, and is also a Positive Speaker with the Positive Speakers Bureau of PLSA. 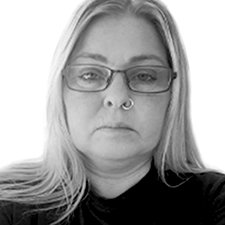 Michelle is an Aboriginal woman of the Yorta Yorta Nation; she is also a descendant of the Stolen Generation. Michelle has lived with HIV for over 26 years, lost her husband to HIV and experienced many levels of stigma and discrimination. None of this has stopped her, instead it has driven Michelle to become very passionate and a vocal advocate for HIV issues. Since her diagnosis in 1990, Michelle has spent many years working with the HIV Speakers Bureau nationally. She has served on several HIV board and committees, at both State and National level. She currently sits on the Board of The Anwernekenhe National HIV Alliance, as the HIV-positive representative. At present she is one of 2 women who advocate for Aboriginal & Torres Strait Islander people living with HIV nationally. 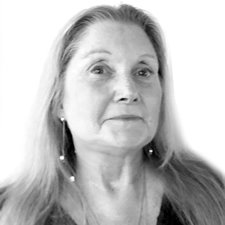 Diagnosed with HIV since 1986, Diane has been passionately involved with several organisations. She is the NAPWHA Board Director, Vice Chair of the Positive Organisation Western Australia. Diane is currently employed by Peer Based Harm Reduction WA as Community Worker and a weekly shift on the needle exchange. As clients utilise the service she is able to educate on harm reduction and blood-borne viruses, often sharing her personal experience. Diane has been open about her status since the beginning, being proactive and dedicating her time as an activist. She is open in the community and is feels fortunate to be within an understanding workplace that allows her time to attend meetings relating to HIV. 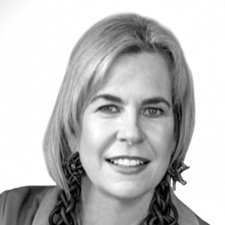 Jane Costello has been living with HIV since 1994 and during this time has been involved with various organisations in the HIV sector both in Australia and internationally as a Board Director, representative for national and jurisdictional advisory groups, media spokesperson, presenter, and advocate. Jane was previously the President of Positive Life NSW for six years and a Board Director for eight, a former NAPWHA Board Director, and the Australian representative to APN Plus Positive Change for a two-year term.  She is currently a member of the National Network of Women Living with HIV, a NSW special representative to the NAPHWA Board, and sits on the Australasian Society for HIV, Viral Hepatitis and Sexual Health Medicine (ASHM) Subcommittee on HIV, Women & Breastfeeding. Jane is also a speaker for the Positive Speakers Bureau in NSW, and facilitates a peer support/social group for positive heterosexuals in NSW.  In her role as the Research & Program Manager at the Kirby Institute for Infection and Immunity in Society at UNSW, Jane works in the areas of sexual health and surveillance, evaluation and research and is committed to promoting a positive image of people living with HIV. She is passionate about education as a way to help eliminate stigmatisation and discrimination, and is dedicated to raising awareness around the lived experience of HIV in the wider community. 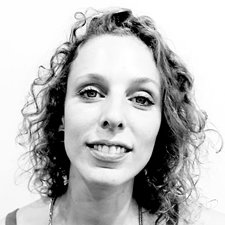 Sarah is a queer women who has been living with HIV since 2008. She is the previous chair of Positive Women Victoria and has recently joined the team at Living Positive Victoria as a Peer Navigator. She also the Vice President of NAPWHA. Sarah is engaged from the grass-roots up also facilitating the Positive Leadership Development Institute, PLDI and Phoenix for women. Sarah has unique approach to her advocacy and is inspired by the lived experience of the body positive to inform her practice. She has a global outlook with a local focus to bring other women along with her.

How our membership works

Women living with HIV are eligible to apply for membership of the Network if they demonstrate that they are:

Representative membership is selected through a call for Expressions of Interest (EOI) process initiated by Femfatales and extending for a fixed term of two years (but not limited to this period). EOIs should detail reason for interest, qualifications, knowledge and experience, advocacy and policy skills, etc.

For resource reasons, membership will be limited at any time to 15 women.

As one of the primary roles of the Network is to facilitate a broad national involvement, appointments may be preferentially made in order to ensure the maximum participation of as many states and territories as possible, and to ensure that women participating in NAPWHA’s work have the opportunity to be a part of this on a national platform.

Places may become available from time to time, for example, if a member steps down, or if a particular state or territory is not represented. The process for filling any such vacancy would be a further call for EOIs, initiated by Femfatales.

Members of the Network are also selected to ensure a range of skills, advocacy experience and expertise is available to the group. Appointments are generally individual, not organisational.

What skill sets are required

With the support of NAPWHA, Femfatales has built a robust network with a strong knowledge base. The Network Chair and membership is actively supported by the NAPWHA Board and based on the following criteria:

How our meetings are conducted

The group connects primarily by teleconference, with capacity for an annual face-to-face meeting. An email loop is used to facilitate discussion and consultation between meeting times, circulate information for discussion, and assist in NAPWHA’s consultation process as matters arise.

Femfatales’ on-going work in this field identified that there are still important gaps in the existing evidence base and information about the risks and benefits. Femfatales tendered a submission to the Australasian Society for HIV, Viral Hepatitis and Sexual Health (ASHM) to review the Australian guidelines around HIV and breastfeeding. As a result of this work, the Australian Guidelines for HIV Positive Women and Breastfeeding will be published by ASHM in late-2019.

The area of sexual and reproductive health and wellbeing incorporating the female condom FC2 has been one of Femfatales’ main focus since 2011 advocating for the issues around availability, affordability and accessibility across Australia. Our FC2 postcard campaign entitled “Give your vagina a choice” which was promoted at the International AIDS Conference happening in Melbourne in July 2014.

Download the ‘Give Your Vagina a Choice’ campaign poster [PDF]

Resources for women around HIV

This website and booklet was published with the input of many positive women but particularly Femfatales (NAPWHA) and Positive Women Victoria.

HIV Futures 8 is a survey about the health and wellbeing of people living with HIV in Australia published by the Australian Research Centre in Sex, Health and Society (ARCSHS) at La Trobe University. Download HIV FUTURES 8 survey results [PDF]

Access NAPWHA’s Good Quality of Life website where people with HIV share some great moments as well as the things they do to maintain a good quality of life including being on the right HIV treatment.

Improve the health and wellbeing of people living with HIV